The Most Magazine Covers of All Time

Time is a weekly news magazine that was first published in New York City in 1923. After my last post, a generous redditor offered to share with me a dataset of every person who has appeared on the cover since its first issue. It turns out he had painstakingly collected this data for a very cool website he created called hugequiz.com, where there are multiple quizzes on this subject. Fortunately, I don’t think it will spoil any of the quizzes to see this chart of the most frequently featured people: 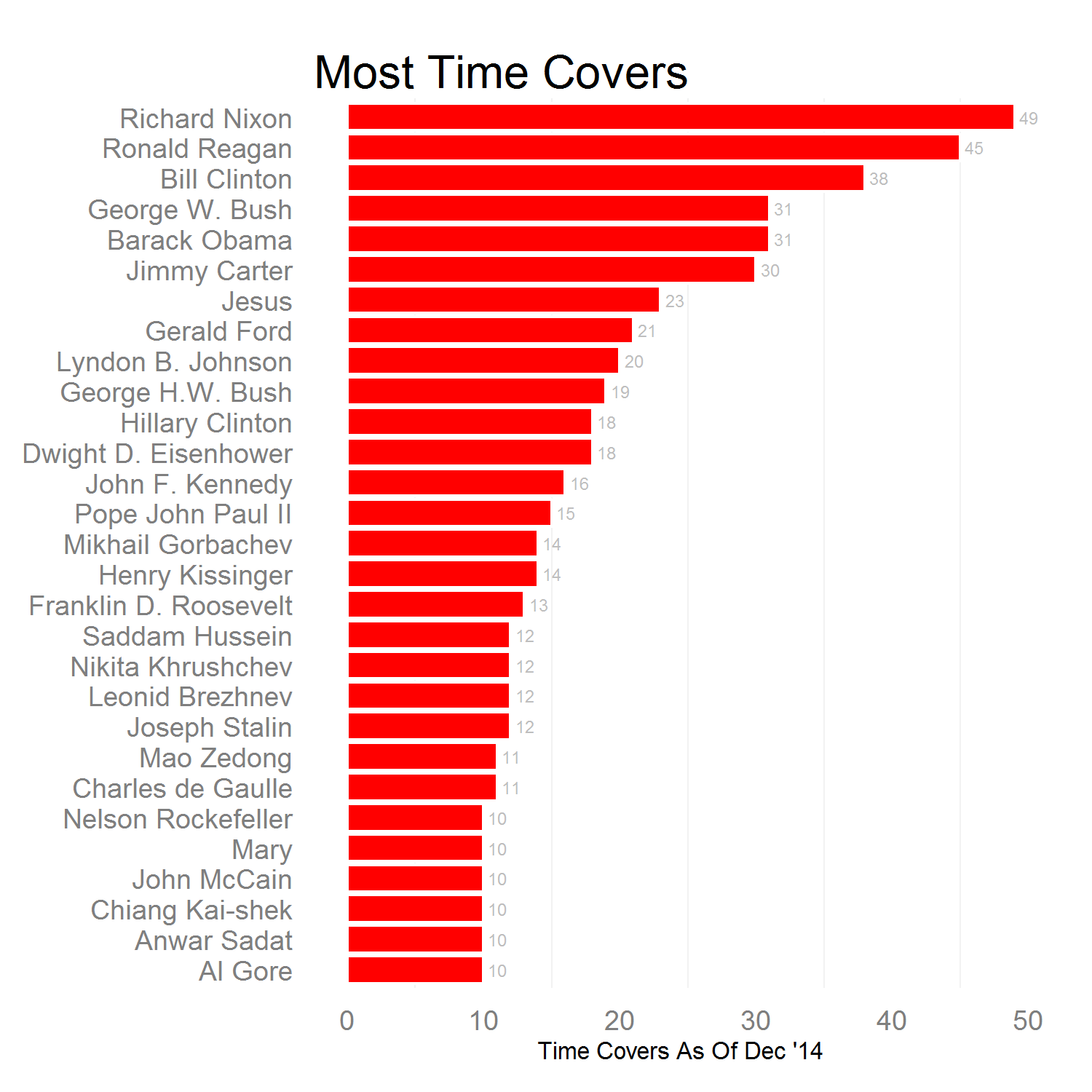 Given that Time often features people posthumously, it is significant that Bill Clinton is the third on this list. Between Bill and Hillary, they have also created a Time dynasty that beats the Kennedys and Bushs. The last name list is a reminder of how important those few families are in American political life - a point which I am sure will become increasingly obvious as Jeb Bush and Hillary begin to set up their presidential campaigns. 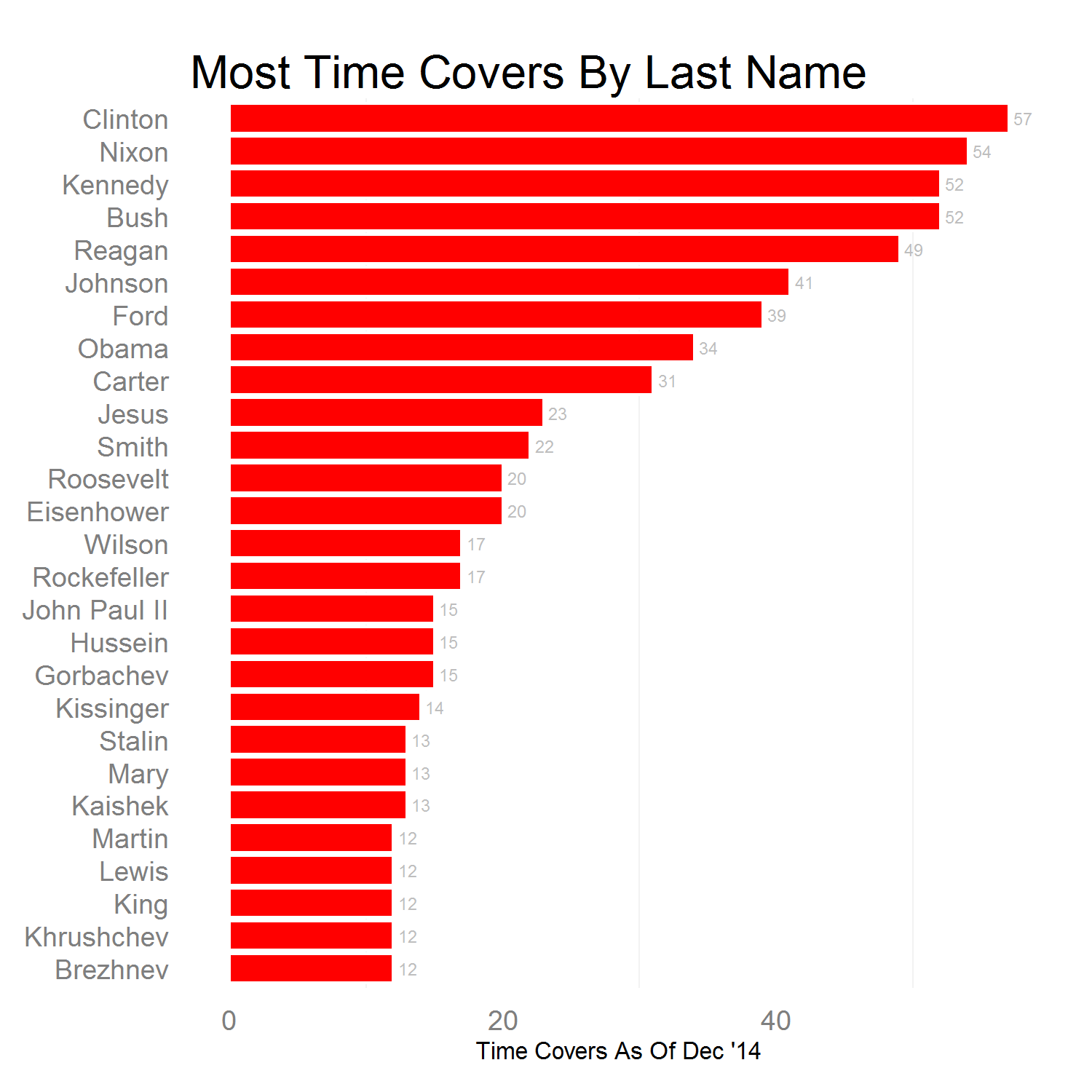 I tried many different ways to normalize the data so as not to favor figures from the more distant past. When none of those worked to my satisfaction, I ended up charting just people whose first cover appeared after 1989.

Again, Bill’s legacy is apparent. Monica Lewinsky received more covers than some of the most important political operatives of the century.

One test of the Clintons’ legacy will be if they can make it on to this chart of timeless people (sorry for all of the puns). For good and bad, this is the list of actors, politicians and scientists whose legacy extends far beyond their initial coverage: 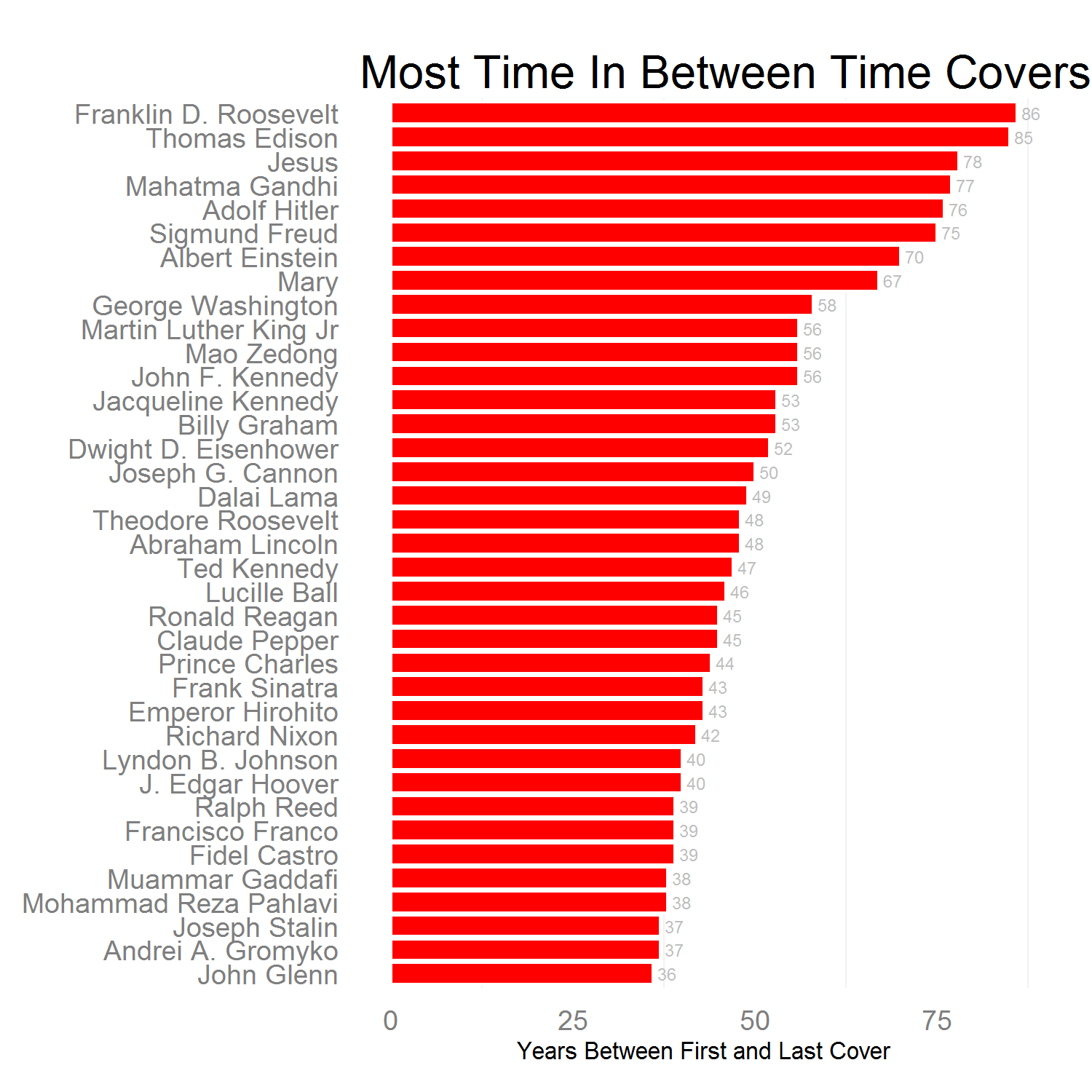 If this has intrigued you at all, I encourage you to play one of the quizzes on hugequiz, or check out the online repository of covers.